We were called out for a mobile estimate on a 2017 mint condition Cadillac XT5. The customer had accidentally shut the garage door while the tailgate was still open, causing a large eight inch crease. The damage began in the body line just under the license plate. Her quote from a traditional body shop was more than a thousand dollars and she would have been without her vehicle for an entire week.  While she had never tried paintless dent repair before, we came highly recommended from her detailer and our friend Billy. We assessed the damage and reassured her that we would be able to save her factory paint and save her time and money at the same time . We truly appreciate new customers giving us a chance with one of their most valuable investments.

We were able to work with the detailer to use their facility as it was closer to the customer’s home. Thanks Billy!
The first thing we did was to carefully disassemble the interior trim on the tailgate so we could gain access to the back side of the panel. We then propped and secured the panel so we could have a sturdy work surface which is very important to be able to make precise pushes.
Next we grabbed our digital heat gun and our Get-a-grip strong arm with a suction cup attachment to secure the heat gun at a safe distance and maintain the integrity paint. Heating up sharp dents makes the paint more malleable so we can safely work the metal without damaging the paint.  We standardly keep the panel from 160 to 180 degrees while pushing the sharpest part of the dent to prevent paint cracking.
Once the metal was heated to the proper temperature we started working on the damage with a single bend rod from Blehm tools with a soft tip. We made soft, precise pushes on the center of the body line to release pressure from the center of the dent. After getting the sharpest part of the dent lifted up approximately 75 percent, we started knocking the crown of the dent with our VIP knockdown. We continued this process along the crease, moving metal back into the center of the body line.
By moving our LED PDR light made by Ultra Dent tools back a few feet we were able to fine tune the panel with our Druz tools blending hammer with a Keco tip covered in leather, so we could safely move larger amounts of metal. We relied on our Dead on Dent tools Peewee tip for the final clean up, as it required very precise tap downs. We then moved our light around all sides of the panel so we could cross check our work to ensure a fully removed dent and restored body line.     Next we went to work rebuilding the rest of the body line with our “Reaper Rod” from the Dent Reaper. This is a very unique tool as it has one side that is curved for soft pushes and another very sharp side for picking and fine tuning the metal. With the sharp side of the reaper we rebuilt the remainder of the body line and all that was left was the last 6 inches of the crease. Toward the end, we had to switch over to another rod called the Dent Angel, also made by Dent Reaper, to get the proper leverage for us to pick up all the mirco lows.
The last step to finishing off our guaranteed result was buffing out the entire area to remove any marks or imperfections. We then carefully reinstalled the interior trim panel of the liftgate, checking all connections so everything worked just as it did prior to the repair.
This was another first time PDR customer who had previously relied on traditional, costly repairs. She was a bit skeptical, but was impressed by our proven results.  She couldn’t find a trace of the dent or the restoration and she couldn’t have been happier with the end result.
At Midwest Auto Dent Repair we truly pride ourselves on offering the highest quality of craftsmanship as well as superior customer service on every repair. We are Indy’s body shop alternative and we are here to help you with all your dent repair needs. If you have any questions please reach out. We look forward to helping you. 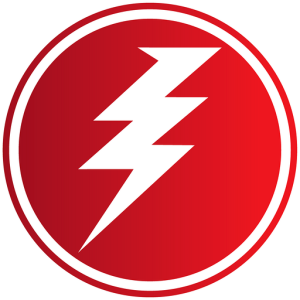 2017 Cadillac XT5 Tailgate Crease Dent Removal Indianapolis Indiana. We were called out for a mobile estimate on a 2017 mint condition Cadillac XT5. The customer had accidentally shut the garage door while the tailgate was still open, causing a large eight inch crease. The damage began in the body line just under the license

Dent Removal on Audi Q5 fender, restored using the paintless dent repair method in Indianapolis Indiana.      We were contacted by one of our favorite home restoration companies, Trents carpet cleaning and restoration, about an accident on the job site. A customer parked their Audi too close to the work van and wind sent